Do You Have Adult ADHD? Find Out How it Can Give You The Upper Hand

ADHD (Attention Deficit Hyperactivity Disorder) is a condition that people tend to use in casual conversation without really knowing what it means. They will say things like ‘I’m feeling so ADD today’ when they can’t concentrate or complete a task. 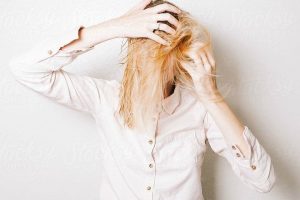 Symptoms of ADHD include lack of focus, restlessness, frequent job changes, relationship issues, hyper focus, disorganization and anger issues.There is a simplified and practical theory to understand how an ADHD brain works. First, neurotypical people (those without ADHD) make decisions based on three factors:

It is also often forgotten that adults are just as affected by it and it is not something you can  just grow out of. This is why I thought that adult ADHD needed some attention and for people who have never officially been diagnosed with it but identify with these characteristics and we will help you figure out how to make them work for you and in many cases give you the upper hand.

ADHD = Cool in a Crisis

A recent study found that the ADHD brain tends to produce more Theta waves than the brains of average folks.  Theta waves are the ones you produce as you’re nodding off to sleep. They indicate a state of deep relaxation. So if you are in a situation where something out of the ordinary and shocking happens, someone with ADHD would be a lot calmer and relaxed than most. This is why many doctors, paramedics, police officers and the like have ADHD – they can handle the heat.

Due to the fact that ADHD brains function at such a fast pace, it has an overload of sensory input as well as issues with what are known as Executive Functions. That is, sorting, filtering, deciding, discarding, prioritizing, following through, checking details, tracking progress, following procedures. So not quite psychic, they are more observant than most , which can be used to predict was may happen next.

A study conducted at the University of Memphis confirmed what many experts have told us, and what ADHD books claim that people with ADHD tend to be more creative than their Non-ADHD peers.  On average.  Being creative can lend itself to various different careers and is something you can use in many spheres of life. Not everyone with ADHD is this way inclined. Though there is some strong evidence that suggests Da Vinci was ADHD. In the study, 30 ADHD students scored higher than their peers on 11 different tests for creativity. However, this creativity needs to be monitored and structured as ADHD brains tend to lose track of what the beginning task was. If you know you fit into the ADHD/creative zone, make sure you work with some who will check on your structure and keep focus on the main goal.

Being impulsive does have obvious pros and cons. A pro being that you do not spend hours on end dissecting a situation and making a decision, you make the decision as soon as you are faced with the questions or situation.The down side of this is that sometimes spur of the moment decision and come back and bite you. Sometimes you have to give things thought and time to weigh up what the best decision is. However, making quick, spontaneous decisions does make life exciting and keep you on your toes which you could say makes you live a more fulfilled life. Being a great decision maker can be a huge positive. 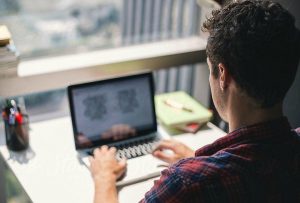 Hopefully if you can relate to some of these characteristics, you will find these points relevant and helpful. Due to the fact that many people with ADHD hold so much potential, it is in your best interest to have someone like a friend or partner read this too and understand how your brain works. Make ADHD your superpower, not your downfall.